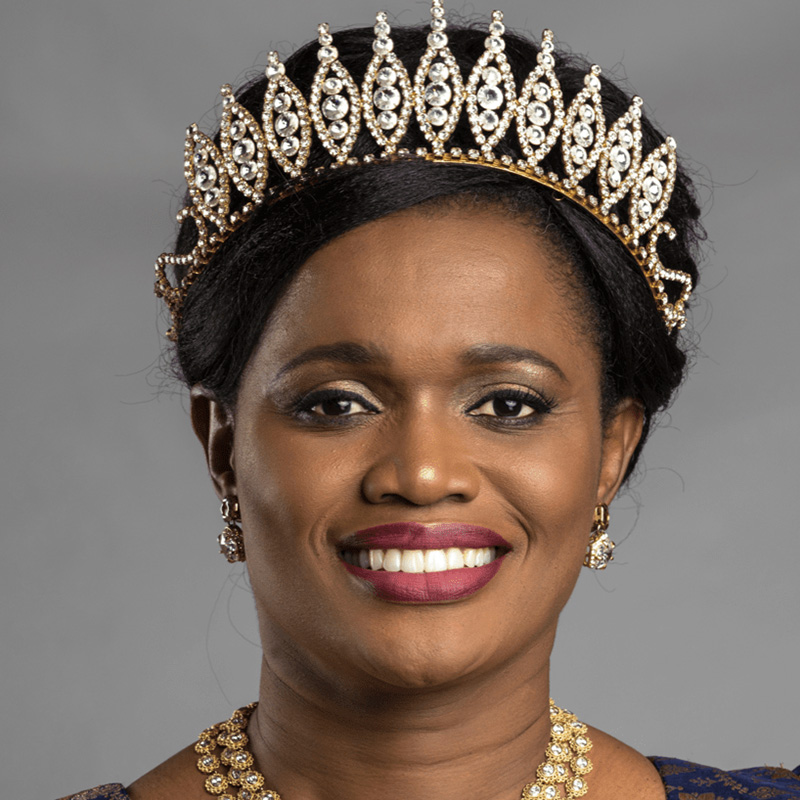 Her Royal Highness the Nnabagereka Sylvia Nagginda is the wife of the King of Buganda, King Ronald Muwenda Mutebi II.

The Kingdom of Buganda is the largest Kingdom in Uganda, occupying almost a quarter of the country with a population exceeding 7 million people, which is equivalent to 25% of the total population. Her Royal Highness is the first Nnabagereka (Queen) in the history of the Buganda Kingdom to set up a fully-fledged Office, a very crucial phenomenon that has greatly complemented the ongoing development work in the Kingdom and in Uganda at large.

The Nnabagereka carries out charity work for and through the institution of the Kingdom of Buganda, international, national and local organizations and the Nnabagereka Development Foundation (NDF), which she founded in 2000.

HRH focuses on children, youth and women through the Foundation’s support for socio-economic development initiatives including education, health care, community empowerment and the advancement of positive cultural values and practices. The Nnabagereka is a Goodwill Ambassador for the United Nations Population Fund (UNFPA) in Uganda, a Torch Bearer for the Millennium Development Goals; and a Board member of the African Philanthropy Forum.