This aquatic plant native to South America, first appeared in countries in Africa in the early 1900s. It arrived in east Africa with Belgian colonists in Rwanda, who liked the look of its glossy leaves and delicate purple flowers floating in their garden ponds. But by the 1980s, it had slipped out of Rwanda via the Kagera river and made its way downstream to Lake Victoria.

Biogas digesters now provide a two-for-one solution to the dual menaces of the water hyacinth and dependence on firewood. They could also help to transform the landscape of Lake Kisumu, which is often covered by Water hyacinth (Eichhornia crassipes) dubbed the “worldʼs worst aquatic weed”, by scientists, after it spread from the Cape in the early 1900s and started clogging up major dams and rivers.

There, with no natural predators and perfect temperature conditions, the plant began choking off fishing routes and providing a new habitat for disease-carrying mosquitoes.

Scientists began to explore its potential as a biofuel in the 1980ʼs. Just about 4kg of the dried plant was shown to cater for a large familyʼs daily energy needs. But the breakthrough came in 2014, when Nigerian academics announced they had got better yields of the gas when they mixed the plant with sanitized chicken manure. Their Kenyan and Indian peers improved on this and in 2018, the biogas digester technology was refined with a mix of water hyacinth and cow dung into biogas for cooking, as well as material for other household tasks such as incubating chicks and purifying water. 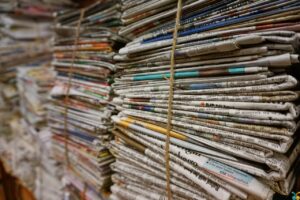