Indigenous peoples and the nature they protect

Who are we talking about when we refer to indigenous peoples; and what do we mean when we say that land is traditionally owned, managed or occupied?

A single definition would not capture the full range and diversity of the indigenous peoples and local communities of the world.

According to the United Nations Permanent Forum on Indigenous Issues, indigenous peoples  have “historical continuity or association with a given region or part of a given region prior to colonization or annexation; identify themselves as indigenous and be accepted as members by their community; have strong links to territories, surrounding natural resources and ecosystems; maintain at least in part, distinct social, economic and political systems; maintain, at least in part, distinct languages, cultures, beliefs and knowledge systems; are resolved to maintain and further develop their identity and distinct social, economic, cultural and political institutions as distinct peoples and communities; and often form non‐dominant sectors of society.”

When land is owned, managed or occupied in a traditional way, the word “traditional” refers to a knowledge that stems from centuries-old observation and interaction with nature. This knowledge is often embedded in a cosmology that reveres the one-ness of life, considers nature as sacred and acknowledges humanity as a part of it. And it encompasses practical ways to ensure the balance of the environment in which they live, so it may continue to provide services such as water, fertile soil, food, shelter and medicines.

How are indigenous people affected by changes in climate, biodiversity and ecosystems?

Due to their subsistence economies and spiritual connection to lands and territories, most indigenous peoples suffer disproportionately from loss of biological diversity and environmental degradation. Their lives, survival, development chances, knowledge, environment and health conditions are threatened by environmental degradation, large scale industrial activities, toxic waste, conflicts and forced migration, as well as by land-use and land-cover changes (such as deforestation for agriculture and extractives for example). These challenges are further exacerbated by climate change.

Rather than helping, some mitigation measures can increase the threat to indigenous peoples’ territories and coping strategies–as in the case of biofuel initiatives.  While biofuel initiatives are meant to reduce greenhouse gas emissions, they may affect the ecosystems, water supply and landscape on which indigenous peoples depend, ultimately leading to an increase in monoculture crops and plantations and a consequent decline in biodiversity, food and water security.

On the other hand, when the rights of indigenous peoples are protected–and particularly their rights to land, territories and resources–their culture thrives and nature thrives. Read more… 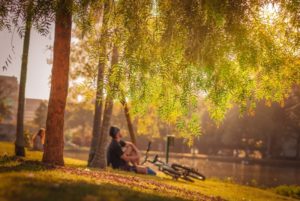 How trees are revolutionizing cities around the world June 24, 2020
Solutions to climate change and environmental degradation for women and girls June 24, 2020 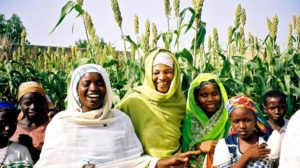