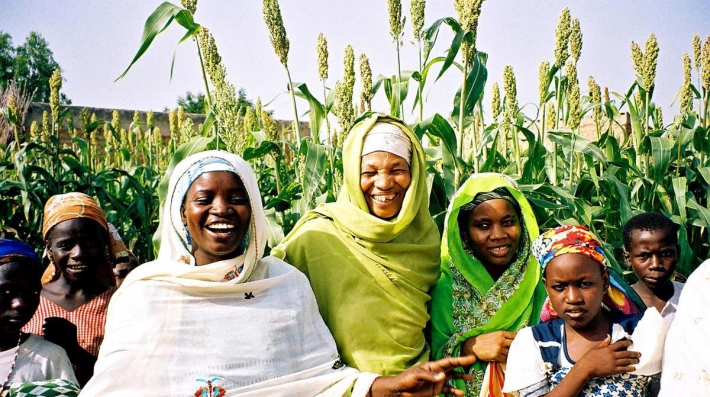 Solutions to climate change and environmental degradation for women and girls

In mid-November, the UN Population Fund (UNFPA) hosted a summit in Nairobi, Kenya to rally the political will and financial commitments urgently needed to implement the goals of the 1994 International Conference on Population and Development (ICPD) adopted by 179 governments in Cairo.

That 1994 declaration recognized the delicate balance between population and natural resources. It asserted that the “population issue” should not be seen in isolation, but within a larger context of sustainable development, including curbing excessive consumption and generating productive growth, achieving sustainable agricultural and industrial production, and improving health care and access to education.

“Our world has, in many ways, profoundly changed over the last 25 years, and many new issues are influencing the field of population and development, including climate change, growing inequalities and exclusion within and between countries, migration and increasing demographic diversity,” the new Nairobi “Accelerating the Promise” statement declaration says.

A number of side and related events at what is known as the “Nairobi Summit” touched on issues related to environment such as the nexus between population, empowerment of women, youth and climate change, to accelerate action to achieve climate-resilient sustainable development. Other events looked at the effect of urbanization on services for women, the role of women in transforming urban areas in to “smart cities” and the intersections of reproductive and environmental justice.

Organizers hoped the events served to recognize and scale up solutions driven by and supported by women and girls, young people and marginalized groups, who are already bearing the burdens of climate change and environmental degradation.

UN Environment Programme’s (UNEP) Executive Director Inger Andersen was on hand calling attention to how the agendas of environment, women and girls, and ICPD are connected.

At an event focused on the role of civil society she told attendees that “doing the right thing in one sector, will have a positive impact in another.

She went to say, “We are seeing the private sector lean in because shareholders are more conscious of the brand dimension than ever before. Shareholders don’t want to be responsible for stranded assets and for destroying the planet. So we are seeing shifts in financing flows.”

There are at present 7.7 billion people living on Earth according to United Nations estimates. Those individuals all leave an ecological footprint when they consume the planet’s land, food, water and air, with changing consumption patterns leading to more and more environmental impact.

Through this year’s sixth Global Environment Outlook, the UN Environment Programme (UNEP) notes that population growth and changes in demographics drive environmental change. Population growth depends on the numbers of births and deaths in a given year and varies widely across countries as a result of fertility rates, migration and mortality. Of course, population growth is not uniform globally. Some regions will see population declines and other a growing, largely younger, population.

“Without changes in production and consumption patterns, population growth will continue to increase environmental pressures,” said Pierre Boileau head of the Global Environment Outlook at UNEP.

The United Nations projects that by 2050 the world’s population will reach 9.8 billion. That means that everyone from governments to private sector have to change consumption patterns and move towards a sustainable economy that respects the natural resources and animals with which we share this planet.

As then-Executive Director of UNEP Elizabeth Dowdeswell said at the 1994 Cairo meeting, sustainable consumption is not “an ethereal state between poverty‐induced forms of consumption. It is a radical rethinking of our personal consumption for all income levels, in all countries. It must be a fundamental part of our rethinking.”